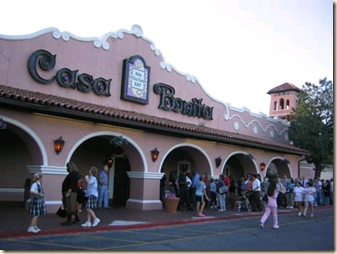 Those of you who are native Tulsans probably get a smile on a your face when you hear the name Casa Bonita, right?  Casa Bonita is a restaurant at 21st and Sheridan that was pretty popular in the late 70′s to late 80′s.  It was right next door to Crystal’s pizza (that place was awesome too!)  I remember feeling so cool when I got to go to either of these places as a kid.    They were somewhat magical with lots of different creative scenery, an arcade, puppet shows, a movie theater, etc.

News broke early this summer that Casa Bonita was opening again under its original owner’s again late this summer!  Yipee!

Last Wednesday night my mom, Robin, Emma, and I took Uncle Larry to Casa Bonita for his birthday.  It is very close to where Larry is living now.

To sum up our evening, I think it should be re-named Casa Stupido.  It was mass chaos!  I don’t think they were quite ready to open!  Our food came out cold, we were seated in a CAVE (literally) that had NO air conditioning, and the service was pretty poor.  And to top it all off, the prices were about double what they used to be.    After dinner, we went to the arcade.  I couldn’t wait to show Emma all of the fun riding toys.  Unfortunately they said they hadn’t figured out how to work the arcade games yet.  It was kinda bizarre.

To be fair, it was opening week and had we known that we probably would not have gone.   However, shouldn’t things be running top-notch during opening week?

I guess the magic of Casa Bonita will have to remain in the 80′s. 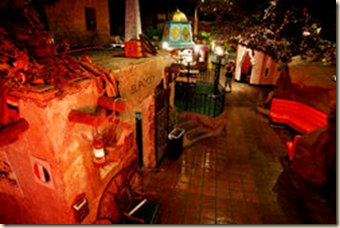 (some of the magical wonder inside) 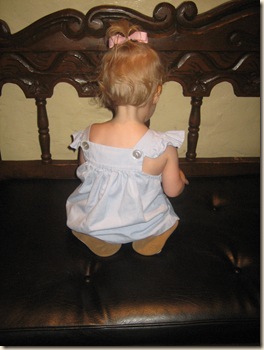 Emma hangin’ out on a chair after we ate dinner. 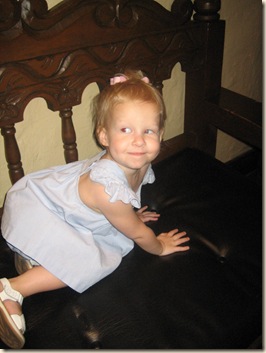